I found this amazing recipe on http://www.food.com

http://www.food.com/recipe/fudgy-fudge-pie-75432
I made a little change according to it:

Sugar 150g ( I already reduced sugar based on original recipe but still found it is very sweet.) 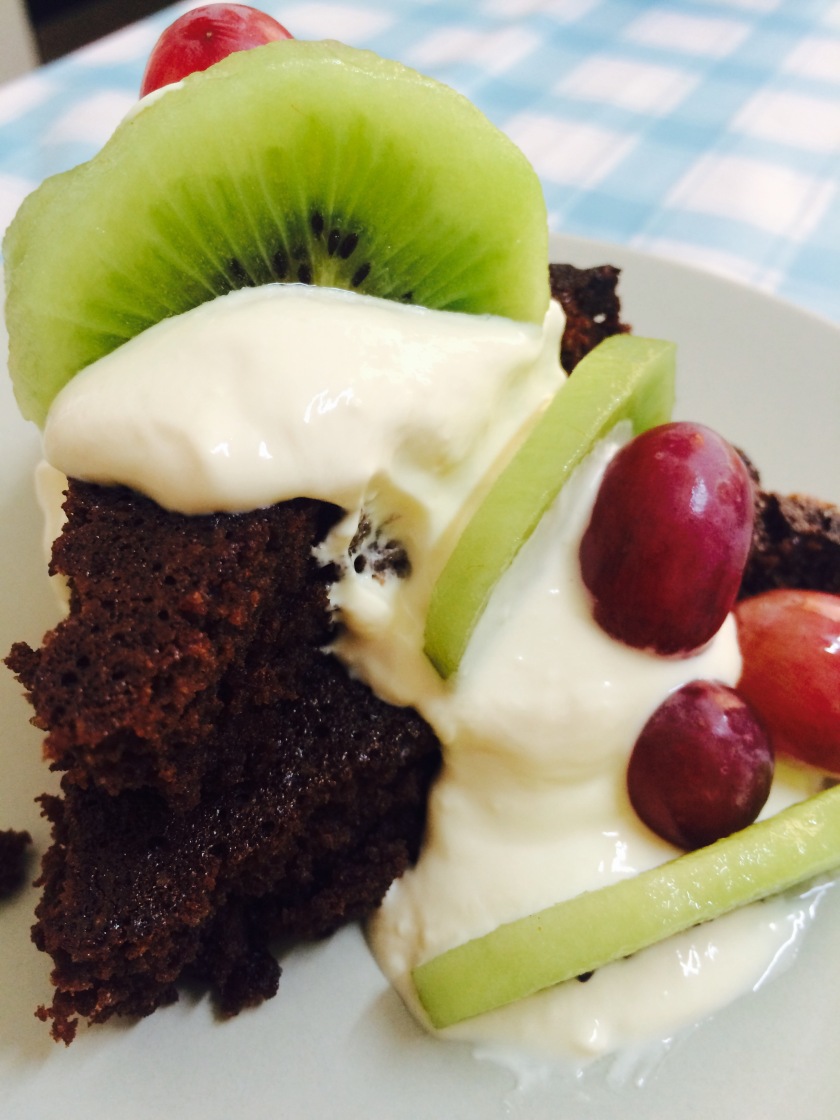 In the plate topped with some cream and fruits. It is very soft inside actually. Outside is a bit crunchy.

My husband is a big fan of apple pie. I found an easy way to bake apple pie with Roti paste by chance. And I tried it. It turned out very good.

So the apple pies I made are like this: 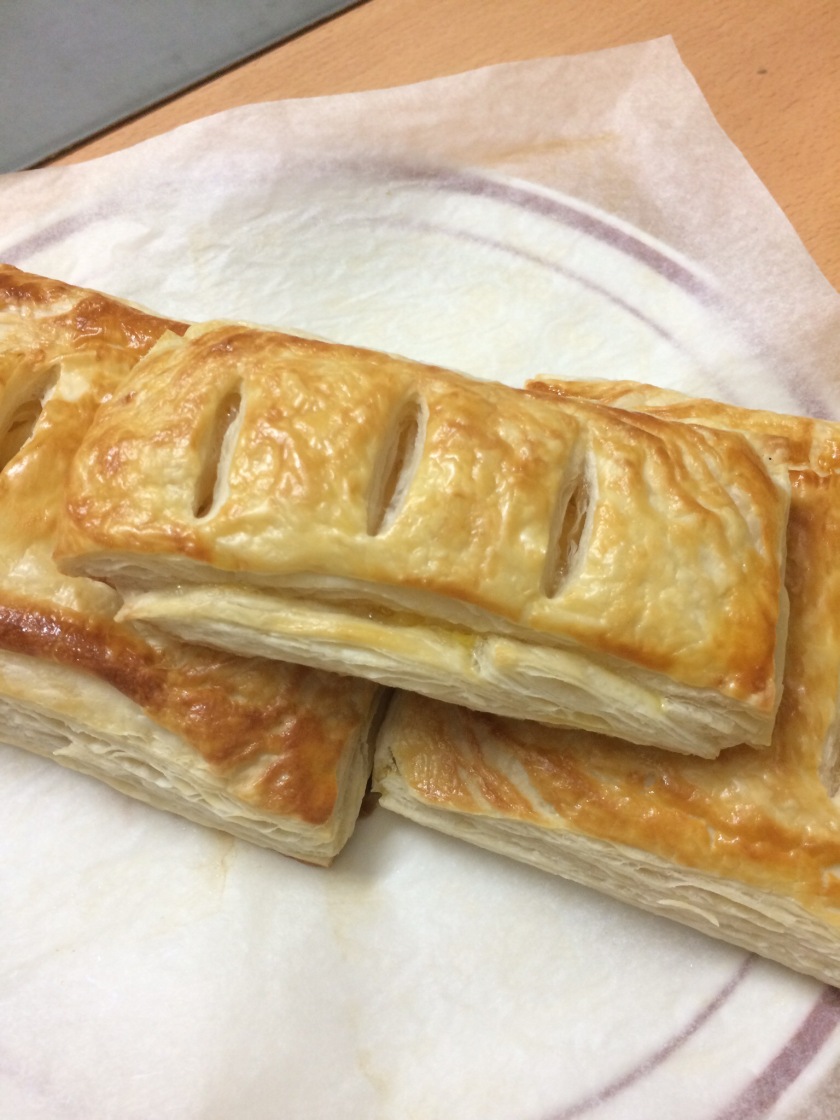 And the recipe is as follows: (from xiachufang APP)

1. Peel off one apple and cut it into small pieces.

2. Put some butter into the pan and heat with low heat.

3. Put Apple pieces into the pan when the butter melt, stir fry a little.

4. Put some sugar into the pan, stir fry with Apple pieces. (I also put in some cinnamon powder, which makes the failover better).

5. Break an egg into a bowl and mix well. 6. Cut a Roti paste into the shape like picture 6. Make it two equal square pieces of paste and some cutoff.

8. Put Apple pieces in the center of the bottom paste. And surround them with of cut paste.

9. Top the Apple pieces with the other square Roti paste.

11. Brush the paste with egg mixture and make three openings on each paste with a knife.